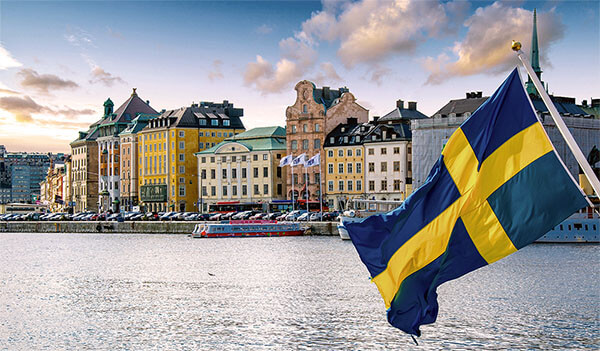 It’s quite easy to be cashless in Sweden. Everything from buying a coffee to a bus ride, or magazine from a homeless vendor can be done digitally. Even God has gone cashless since Swedish churches started accepting card and mobile payments.

According to the Swedish central bank, cash in circulation has declined 50 percent in the last decade. Only around 20 percent of purchases are now made in cash. The majority of bank branches have stopped handling cash; some do not even have ATMs.

Sweden is advanced in moving towards a cashless or less cash society, but it is not there yet. The cash rump, however small, will be around for some years to come. The challenge for banks is providing the infrastructure to meet the expectation, if not the need, for cash as cost-effectively as possible.

ATM outsourcing means giving up control of certain strategic areas, such as operations, functionality, vendor and/or site selection. However, there are as many different ways to outsource as there are outsourcing models.

The five largest Swedish banks formed an ATM pooling company (Bankomat) in 2010. They ceded all control for running their ATMs to Bankomat. The Swedish model reflects the situation on the ground, but also Scandinavian-style consensus and collaboration.

Pooling generates cost efficiencies through economies of scale. Speaking at the RBR Self-Service Banking conference in London in mid-May, Johan Alvinger, Product Director at Bankomat explained how his organisation could optimise cash, modernise machines and gather skills in one organisation at lower cost.

Bankomat also helps to minimise and share the costs of regulatory changes, such as EMV, PCI DSS, Microsoft updates and polymer notes. Previously each bank would have managed the cost, time and resource to make these updates themselves.

How Cashflows can help

CashFlows is a member of all the major international card schemes and offers BIN Sponsorship to IADs and others wanting to access ATM acquiring opportunities. We’ve been an active ATM BIN sponsor since 2010, so are an experienced and reliable partner.

We currently work with all the largest IADs across Europe and are the principal ATM sponsor for the UK’s leading transaction processor. We’re proud to have settled over £2.1bn from 38,500 ATMs in 2017.

To find out more about ATM BIN Sponsorship with Cashflows or discuss your requirements, get in touch with us today.