Back to Black: Why Black Friday is proving a little different this year 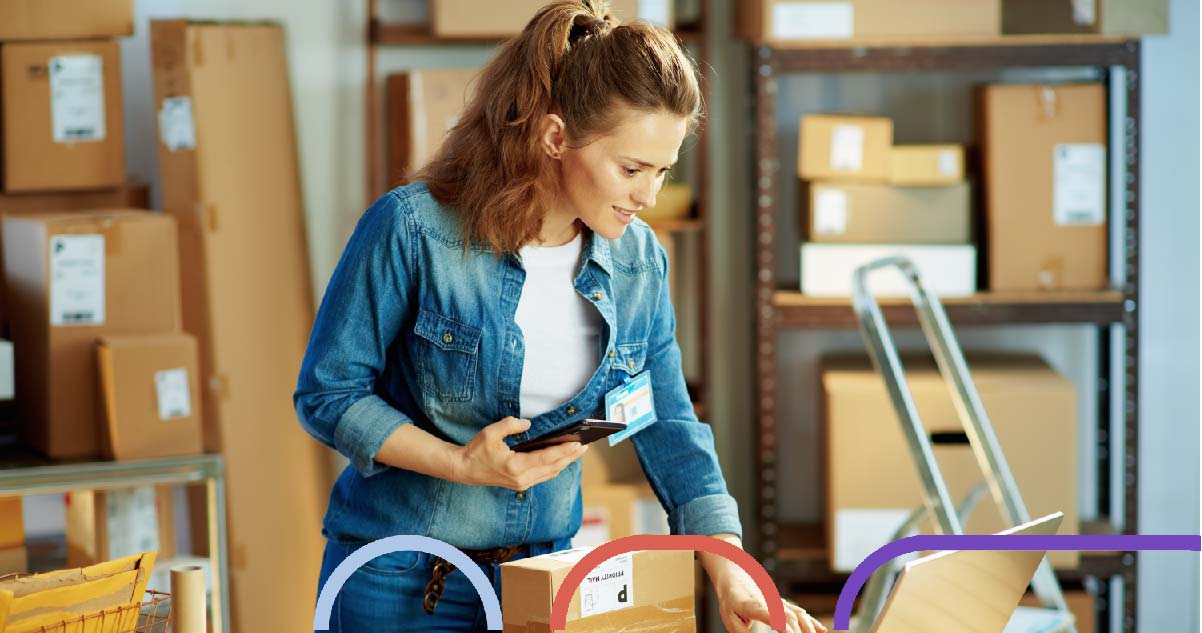 Black Friday – a day notorious for exceptionally long queues, hysterical shoppers, and huge sales volumes – has come to be one of the biggest events in the retail calendar.

Since Black Friday was brought to the UK by Amazon in 2010, the sale has grown exponentially every year, both in term of volume of sales and duration1. This trend, coupled with the huge amounts of leftover stock as a result of multiple lockdowns, saw last year’s Black Friday event become the largest ever seen in the UK. Savings on items averaged between 15% and 20% in the weeks leading up to Black Friday and then crashed down to 25-30% on Cyber Monday – an increase of around 18% in savings compared to previous years2. Sales also lasted longer, with many retailers taking a ‘marathon approach’, offering huge deals throughout November to get rid of the year’s surplus stock 3.

However, analysts predict this year’s Black Friday weekend will fall slightly flat in comparison4. With the ongoing impact of the pandemic causing huge changes to the way people shop, the amount of disposable income available to shoppers, and the consumer mindset, it’s increasingly looking like this year’s sale will be very different from previous years.

According to IMRG, Black Friday online sales in the UK grew from £0.8bn in 2014 to £1.49bn in 20185. In 2020, this number boomed due to the shift to eCommerce driven by the pandemic. As a result of the huge volumes last year, predictions suggest a downturn in online sales growth this year comparative to last. The IMRG Black Friday Report has predicted -10% eCommerce growth as volumes rationalise following last year’s boom6.

Whilst this is primarily a result of more people wanting to buy in-person now that shops are open and COVID-19 is being treated as less of a threat, last year’s outlier volumes make prediction harder. Though online sales volumes will certainly be lower, other factors suggest that, even by ignoring last year’s numbers, the exponential growth of sales volumes on Black Friday we have seen year on year so far will decrease.

Fears concerning ensuring delivery before Christmas have driven shoppers to buy early, particularly for tech and electronics, where delivery delays have been compounded by the global tech shortage7. Many retailers are encouraging customers not to wait for Black Friday weekend in anticipation of better deals as they might miss out, promising to price-match purchases from the beginning of the sale and the end of the sale8. This means there is less incentive than other years, when further discounts were offered over the weekend, to incentivise consumers to make more purchases over Black Friday itself.

Businesses have taken different approaches to combat the huge additional strain that Black Friday volumes place on supply lines. Many have increased the length of their sales period in the hopes that this will spread out the number of purchases over weeks rather than the typical 1-3 days, giving them more time to build up supplies and deliver items9.

Retailers have also been very frank about the inevitability of extended delivery, response, and checkout times and the likelihood of items being split into multiple packages10.

Concern about supply has led some to forgo huge Black Friday sales entirely, instead choosing to do longer Autumn sales with fewer or smaller discounts or else wait until the Christmas sales - which are arguably more key to the UK shopping calendar, having far more of a history and universality than Black Friday within the UK11.

Whilst the concerns about supply chains failing under the Black Friday strain have definitely driven retailers to start sales earlier, these sales have also been lengthening every year since they were brought to Britain12. Increasingly, the Black Friday sales have been turning into month-long affairs, commencing in early November13. Some businesses even chose to initiate their sales before November in both 2020 and 2021 and, whilst not officially dubbed ‘Black Friday sales’, offered some of the lowest prices seen all year14.

Rather than seeing increased shopping as a result of these expanded sales, revenue brought in over Black Friday week has been dropping15. Whilst the revenue being split over a longer period, due to longer sales, factors into this, analysts have increasingly found that these extended sales create buyers’ fatigue 16. This is further evidenced by the fact that the day of Black Friday still sees a significant peak - its share of revenue in Black Friday Week in 2020 by 2% compared to the year before, suggesting that consumers don’t want to have to spend the entire month of November searching for deals, instead preferring to focus on a single day17.

The ubiquity of sales is increasingly causing consumers to doubt that they represent good value, in turn giving retailers yet another reason to wait until Christmas to start discounting18. Black Friday has increasingly become seen as the way that businesses push tat on consumers – things that they don’t really need and that haven’t sold well throughout the year.

Black Friday has come to represent the kind of conspicuous consumption that is now seen as wasteful and immoral considering the monumental damage to the environment it causes19. Arguably, this year any show of excess and over-spending is even more in poor taste when so many have had their livelihoods and household wealth negatively impacted by COVID-19. The shift in mindset to being more responsible in how we shop has been well documented over the past year - with consumers increasingly concerned by the perceived morality of their purchasing moving to local, sustainable, and infrequent buying habits20.

Overwhelmingly the feedback is that consumers want personalised experiences that are ‘unique to a brand’, not flash sales21. Shoppers want to buy from brands that reflect their values and engage them directly, rewarding loyalty and reflecting a culture, not just an item22. This is likely to impact the sales volumes seen on Black Friday as sustainable brands predominantly don’t put on sales or only do them very rarely due to their focus on value, quality, and function of their items. If something is supposed to last you forever and its manufacturing provides adequate pay to everyone that has contributed to its production, then it shouldn’t be possible to heavily discount it.

Lack of value for retailers

It’s not just consumers that have become increasingly cynical about the value of Black Friday. Bringing forward sales to November and then running Christmas sales a month later has caused crashing margins for businesses23. In the same way that sustainable brands often forgo sales due to the necessity of maintaining a profit margin, it is not economically viable for other retailers to continuously discount their products.

Running numerous sales also de-values the products themselves, with customers no longer seeing full-price items as being good value for money: Why should they buy anything at retail value when they can wait a week or two for the next sale? And does it mean that retail value is massively inflated if businesses can sell these items at sale prices so frequently?

Retailers are now attempting to adapt Black Friday in order to gain better value out of the period and encourage customer loyalty and repeat visits, rather than the typical ‘buy and bolt’ customers that come for the good deals and then return to their pre-sale shopping habits as soon as the discounts are ended24. Instead of offering blanket discounts for everyone, businesses are encouraging customers to sign up to mailing lists or become a member to get additional perks such as earlier access to the sales or additional discounts25.